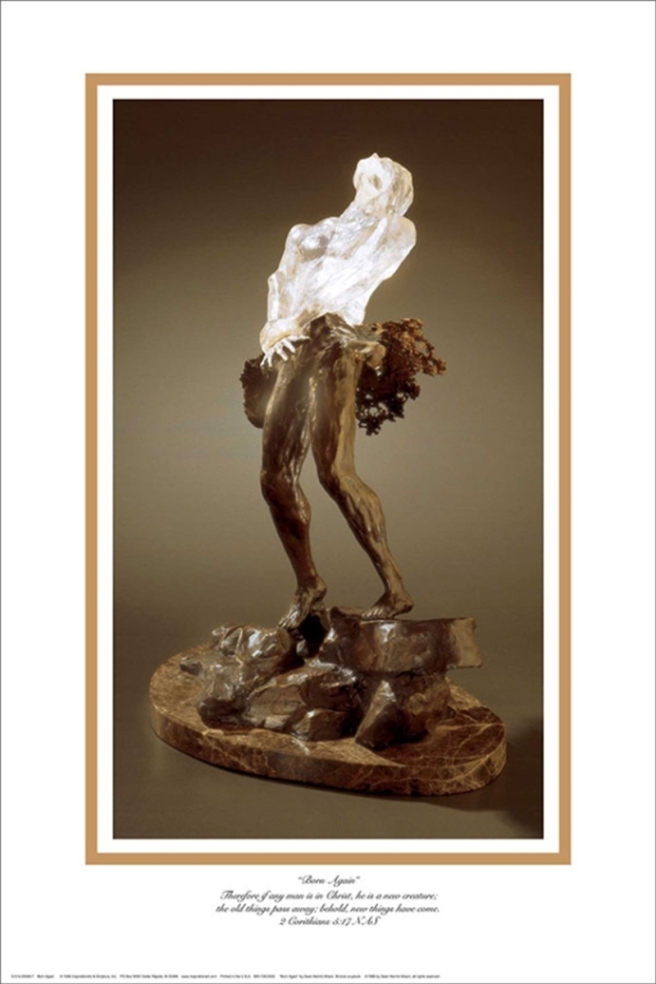 From Krista Tippett’s Becoming Wise: “We often don’t quite trust that rebirth will follow the deaths of what we thought we knew. We sense that somehow what comes next is up to us, but we’re not sure where to begin. Yet it’s precisely in these moments when we let our truest, hardest questions rise up in our midst, allow their place among us, that we become able to live into them rather than away and to do so together. We are so achingly frail and powerful all at once, in this adolescence of our species. But I have seen that wisdom emerges precisely through those moments when we have to hold seemingly opposing realities in a creative tension and interplay: power and frailty, birth and death, pain and hope, beauty and brokenness, mystery and conviction, calm and buoyancy, mine and yours.”

From Pema Chodron’s The Places and Scare You: “When we learn to meditate, we are instructed to sit in a certain position on a cushion or chair. We’re instructed to just be in the present moment, aware of our breath as it goes out. We’re instructed that when our mind has wandered off, without any harshness or judgmental quality, we should acknowledge that as “thinking” and return to the outbreath. We train in coming back to this moment of being here. In the process of doing this…we are clearly seeing our defense mechanisms, our negative beliefs about ourselves, our desires and expectations. We also see our kindness, our bravery, our wisdom. … Although we still associate the walls we’ve erected with safety and comfort, we also begin to feel them as a restriction… It marks the beginning of longing for an alternative to our small, familiar world. We begin to look for ventilation. We want to dissolve the barriers between ourselves and others.”

From Michael Crosby’s The Fruit of the Spirit: Pauline Mysticism for the Church Today: “I believe, as Pope Paul VI so eloquently declared, that “peace is the work of justice.” This means that, without right relationships among people at all levels, there will be no justice and, without right relationships in our families—at all levels, as Pope Francis said in his 2015 World Day of Peace Message, there will be no peace. This understanding is critical for our effort to develop a mystical stance of peace in a world marked by injustice at so many levels, whether it reflects the planetary crisis created by climate change or the wealth gap created by exploitation of people and the planet. This justice demands a nonviolent way that is neither based on “fight” nor “flight,” but an alternative form of engagement with restorative justice the goal of all broken relationships and unjust structures.”

From Brigitte Kahl’s Commentary on Galatians in The Fortress Comentary on the Bible: “The cross obviously features prominently all throughout Galatians, including the final handwritten postscript in 6:11–18. In 6:14–15 , Paul boldly declares that he is crucified to the (old) kosmos and the kosmos to him, because the dichotomies on which the established world order ( kosmos ) rests have been dissolved and left behind. The cross thus opens up an ongoing transformation of self and other toward reconciliation and mutuality that clearly transcends the realm of humans. Paul is crucified to the entire kosmos with its multiple polarities, not just its faith-based, ethnic, and social divisions. Echoing the biblical creation accounts in Genesis 1–3 and Isa. 43:18–19 ; 65:17–25, the “new creation” in Gal. 6:15 that is born out of the cross, then, would be more than simply a new society or religion, it would rather comprise the entirety of the human and nonhuman world.”

From James Cones’ The Cross and the Lynching Tree: “The real scandal of the gospel is this: humanity’s salvation is revealed in the cross of the condemned criminal Jesus, and humanity’s salvation is available only through our solidarity with the crucified people in our midst. Faith that emerged out of the scandal of the cross is not a faith of intellectuals or elites of any sort. This is the faith of abused and scandalized people—the losers and the down and out. It was this faith that gave blacks the strength and courage to hope, “to keep on keeping on,” struggling against the odds, with what Paul Tillich called “the courage to be.”

From Thich Nhat Hanh’s Good Citizens: “We created the term “Engaged Buddhism” during the the Vietnam War. As monks, nuns, and laypeople during the war, many of us practiced sitting and walking meditation. But we would hear the bombs falling around us, and the cries of the children and adults who were wounded. To meditate is to be aware of what is going on. What was going on around us was the suffering of many people and the destruction of life. So we were motivated by the desire to do something to relieve the suffering within us and around us. We wanted to serve others and we wanted to practice sitting and walking meditation to give us the stability and peace we needed to go out of the temple and help relieve this suffering. We walked mindfully right alongside suffering, in the places where people were still running under the bombs. We practiced mindful breathing as we cared for children wounded by guns or bombs. If we hadn’t practiced while we served, we would have lost ourselves, become burnt out, and we would not have been able to help anyone.”

From Miroslav Volf’s A Public Faith: How Followers of Christ Should Serve the Common Good: “…maybe the most difficult challenge for Christians is to actually believe that God is fundamental to human flourishing. Now, it is not sufficient for us to believe it as we might believe that there may be water on some distant planet. We must believe it as a rock-bottom conviction that shapes the way we think, preach, write, and live. Charles Taylor tells the story of hearing Mother Theresa speak about her motivation for working with the abandoned and the dying of Calcutta. She explained that she did the hard work of tending them because they were created in the image of God. Being a Catholic philosopher, Taylor thought to himself, “I could have said that too!” And then, being an introspective person and a fine philosopher, he asked himself, “But could I have meant it?”

That, I think, is today’s most fundamental challenge for theologians, priests and ministers, and Christian laypeople: to really mean that the presence and activity of the God of love, who can make us love our neighbors as ourselves, is our hope and the hope of the world—that this God is the secret of our flourishing as persons, cultures, and interdependent inhabitants of a single globe.”

From Miroslav Volf’s A Public Faith: How Followers of Christ Should Serve the Common Good: “God makes sure that none of what is true, good, and beautiful in our work will be lost. In God, everything that we have done in cooperation with God will be preserved. In the world to come, our work will not disappear. We ourselves will be followed by our works, as it says in the book of Revelation (14:13). That makes sense if our identity partly resides in our work and its achievements. … The results of our work—the cumulative results of generations of workers across the globe—will also be preserved in the world to come. They may be preserved just in God’s memory, or they may be preserved as actual building blocks of that new world. The work of each one of us is, then, a small contribution to the grand tapestry of life, which God is weaving as God created the world, is redeeming the world, and will consummate the world. This is the ultimate meaning of our work.” 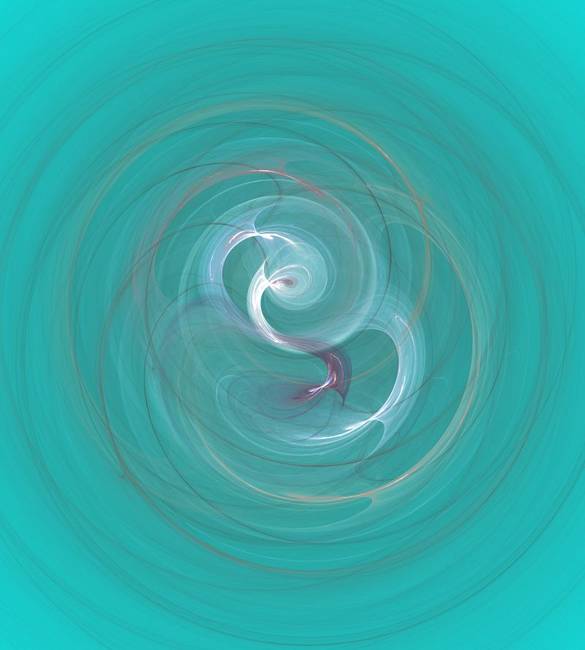 From Thich Nhat Hanh’s The Heart of Buddha’s Teaching: “The Seventh Factor of Awakening is equanimity, or letting go (upeksha). Equanimity is an aspect of true love. It is far from indifference. Practicing equanimity, we love everyone equally. … To be a disciple of the Buddha, your heart must bear no hatred, you must utter no unkind words, you must remain compassionate, with no hostility or ill-will.” As a young monk, I memorized these words and even put them to music. This teaching touches our most noble intention, but it is the opposite of our strong habit energies. To transform these habit energies and realize our noblest intention, the Buddha and the Venerable Shariputra taught us: (1) to practice equanimity in the face of harsh words; (2) to learn not to feel annoyance, bitterness, or dejection; and (3) not to feel elated when praised, because we know that any praise is not for us as an individual, but for many beings, including our parents, teachers, friends, and all forms of life.”

From Wendy Farley’s The Wounding and Healing of Desire: “Home is only one of the icons desire puts before us to give concreteness to inchoate longings. Although actual communities are filled to overflowing with strife, harshness, absurdities, trivialities, injustices, violence, pettiness, and so on, folk music continuously mourns the loss of community. …There is something chilling about being a stranger to those around one: to be invisible to one’s own family, to be unseen by society. There is a sense in which we hardly exist without recognition. There is also a sense in which we remain strangers throughout our lives even to those who love us… This longing for eyes that see us and faces that recognize us is desire’s insistence that the communion of saints is not a fantasy but our actual condition. We feel the solitariness of life so poignantly because desire insists that communion is available to us.”