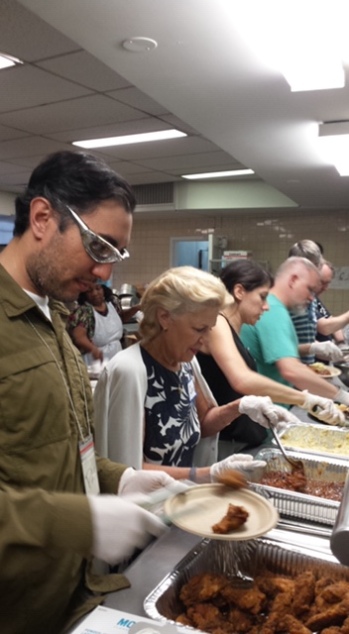 On February 14, 1979 the following persons met with friends from St. Elizabeths Hospital to become charter members of the 7-2-9 Club:

All but Ms. Eager have joined the heavenly host which cheers us on as we run the race.  Throughout the 40 years many individuals have regularly volunteered or made contributions to programs for the in-patients who come by bus from St. Elizabeths or the community-based out-patients who attend.  It would be impossible to name or thank all these dedicated individuals.  I do, however, wish to mention several past volunteers who have made significant contributions:  Ella Cleveland who has provided musical entertainment for 30 years; Willie Harley and John Quinones who have provided karaoke monthly for 10 years; and Bob and Imogene Wilden who for many years were inspirational volunteers.  In addition, Mr. Lectoye Oliver, Recreational Therapist at St. E’s and his staff have been  faithful in their providing transportation and supervision every Wednesday evening.   We are indebted to the NYAPC Board of Deacons for their financial and spiritual support for these forty years and our current liaison with the Decaons, Ms. Mary Nell Clark.  I do thank those who today stand here as a core of current volunteers on Wednesday nights:  Britton Walker, David Super, David Wooden and Mike Kuban.  Jim Martin, Kristina Majewski Sally Stearnes and Phil Telfeyan were unable to attend today.  Most of our current volunteers are not members of NYAPC but we are always hoping more members will volunteer.

St. Elizabeths has given the 7-2-9 Club the first Community Partner Award in 2014 (also awarded in the early 90’s but forgotten by the institution).  The program, initiated by Dr. Jack McMcClendon is designed to serve a population of those recovering from mental illness who are often overlooked in typical mission or outreach activities by churches.  It provides a purely social experience outside the structure of the hospital institution where informal conversations, games, entertainment and refreshments are the primary activities.  As Mary Prothro used to say, “we just have fun!”  It provides a venue for those preparing for transition from the hospital for “real life” social experiences without the structure required in most institutional settings.

The following is from a note written by a recent volunteer who was asked “What does 7-2-9 mean to you?”  I feel it beautifully captures both the goal and the achievements of 7-2-9:

I have been thinking about 729 today because it is one of the things for which I am most thankful.  As a newcomer, what has struck me the most is how comfortable our guests have come to feel in the program.  Many have various ways of making it their own that are meaningful to them and accepted by the larger group.  Before I came to 729, I did not realize that favorite Christmas carols included the Star-Spangled Banner and The Battle Hymn of the Republic, nor had I heard The Old Rugged Cross performed at karaoke.  Sometimes members just want to go over to the windows and look down on the dynamic activity of downtown Washington, from which they are otherwise locked away.  When we play bingo, some members systematically manage six or more boards to maximize their chances of winning; others have one card but play it intently; still others are mostly talking with other people at their table, recording perhaps one in two or three the numbers called.  Occasionally, a couple of members’ urge to play chess overwhelms their desire to follow the day’s planned activities.  But it is all done and received positively and good-naturedly, and the ability to exercise those small bits of personal freedom likely mean a lot to the members.  All this makes me proud to be a part of it and grateful to NY Avenue Presbyterian for its steadfast support of the 729 Club.

To this, I say AMEN. 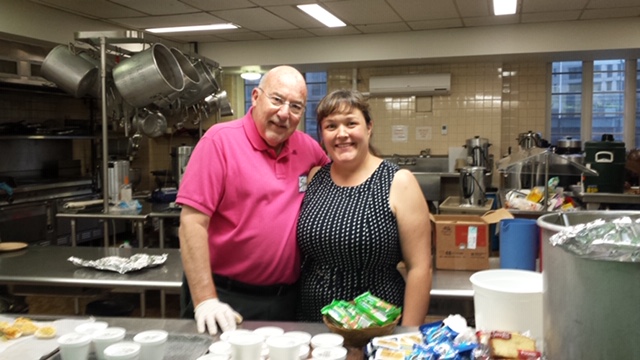